What will drive Tech Professionals in 2020

With over 2088 respondents from over 72 different countries, the Harvey Nash Tech Survey is one of the largest tech survey's on the planet. It covers...

Download tHE Harvey Nash Technology Survey
Thank you! Your submission has been received.

Click here to download a PDF copy of the Harvey Nash Tech Survey.
Oops! Something went wrong while submitting the form.


Half of the UK’s tech professionals have been concerned about their mental health due to work, either in the past or right now.

This is equivalent to over 600,000 UK tech professionals having had mental health concerns as a result of their work.

The Harvey Nash Tech Survey, which surveyed over 2,000 tech professionals, also found that 1 in 5 workers in IT Operations are currently concerned about their mental health.

While the survey found that companies are relatively supportive when it comes to mental health issues, with three-quarters (77%) having at least some kind of support in place, it also found that those companies who are ‘unsupportive’ have almost three times as many workers concerned about their mental health right now as ‘very supportive’ ones.

A similar trend emerged regarding how flexible an employer is on working arrangements: very inflexible businesses are three times more likely than highly flexible ones to have workers with mental health issues (31% versus 9%).

The causes of stress?

The single highest cause of stress is being short of staff. This has become a major issue as recently revealed by the Harvey Nash/KPMG CIO Survey which found that the UK’s tech industry is experiencing the highest skills shortage for more than a decade, with almost two thirds of CIOs (64%) reporting a shortfall of talent.

It seems that the existing tech team are the ones being stretched to breaking point to make up for this.

Hours worked has a direct impact on stress levels, with the tipping point at over 50 hours a week. Tech professionals working these hours are twice as likely to be affected by stress to a great extent - and see their work suffer as a result - than those that work under 50 hours a week.

Tech professionals are most likely to be currently affected by mental health concerns if they:

No one would pretend that working in the tech sector is a walk in the park, but for it to be pushing over half its workers into a state of mental health concern is a real issue for the sector, and in particular, for those very small companies where a greater proportion of workers report that they are currently affected by stress.

While it’s understandable that tech leaders are focused on tackling the combined pressures of widespread skills shortages, Brexit planning, and the impact of automation on their business, they still need to look very closely at how they provide support to those members of the tech team that feel overwhelmed by their mounting work load and associated pressures.

This is particularly relevant as our research clearly found that there is a strong connection between mental wellbeing and how supportive a company is.

Michael Grant, President of BCS – The Chartered Institute for IT, said:

These findings clearly underline that, as a sector, tech needs to do more about mental wellbeing. While tech firms continue to be a hotbed of creativity and dynamism, driving innovation and growth in the economy, there is also a flipside that the pace and pressure can take its toll on individuals sometimes.

Whether a large corporate or a small start-up, the right support needs to be there. This is an area that BCS is already actively discussing and researching within the IT community, and we look forward to progressing thinking and best practice on this hugely important issue in the coming months.
‍

Looking after staff's mental wellbeing is only likely to get more important as the tech sector enters a period of accelerating change. The survey found that:

Good work/life balance is key to retaining and attracting tech talent and keeping them well and happy. But our survey shows that the tech sector has further to go - and more still needs to be done to attract a wider range of people into the industry.

Part of this is about showing the individual how a job will work with their own personal life, not just highlighting how amazing the job will be.

With so much set to change so quickly in the coming years, it’s vital that the tech sector makes itself resilient by looking after its people and giving them the support and flexible tools they need.

About the Harvey Nash Tech Survey 2020

In its seventh year, The Harvey Nash Tech Survey 2020 report, Mapping the Tech Genome, is based on a survey of 2,088 tech professionals across 72 countries, making it one of the largest tech studies in the world.

The data in this press release is solely based on the UK sample, which comprised of over 1,200 tech professionals. Please get in contact if you require global data.

We are masters of technology recruitment, helping organisations find the very best talent – from software developers to business transformation leaders.

With over 30 years’ experience and global reach, we have an unparalleled knowledge and capability in all areas of technology.

We are part of Harvey Nash Group, a leading global professional services organisation with three key areas of focus: Technology recruitment, IT solutions and Leadership services. 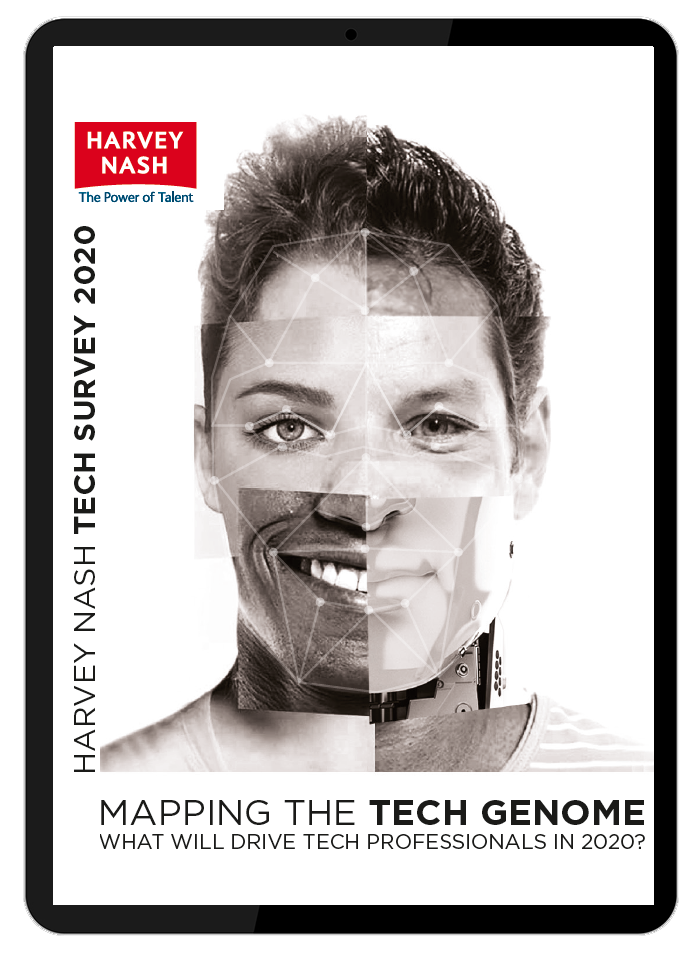 WHAT DID YOU SAY

The effects of AI and automation will not be felt in the tech sector so much as they will be felt in, and I believe will ultimately come to decimate, certain other industries. For example the long distance trucking industry in the US.
Malcolm Rutherford, Executive Vice President of Strategic Development
Solid engineering and computer science foundations put the latest changes in context of the megatrends that have continued for decades. Skills in teamwork, collaboration, communication, troubleshooting and structured thinking are needed more than ever.
Stephanie Owen, Group Manager Strategy Architecture & Analytics
I love working in the Technology industry but it can be very cut throat, pressured, and at times stressful. But I have learned over the years various Business emotional intelligence techniques to cope, these are free e-learning tips but are invaluable in today's Tech industry.
Alison Allan, Global Change Manager
After a decade of stagnation through the PC era we are now truly in the Cloud era where services are being consolidated into centralised services. This has led to an increase in innovation, start ups and billion dollar valuations for companies that have, and will likely, never make money.
Richard Billam, IT & Change Director
Diversity is at risk because of the pressures on reduced staffing levels, and inability of leaders to see that flexible working enables better results.  Divergence is in careers between those who are now superusers of tool sets, configuring pre-set platforms, and those developing those platforms - the latter is where the skills shortages are.
Fran Paterson, Retired Business Analysis Manager
There has never been a better time to be in technology, as long as you are prepared to stay up with technology. Every employer will be looking for the best technology people, good people can get great jobs across every industry.
Matthew O'Neill, Financial Services Industry, Managing Director

We are having a series of launch events. Please register if you would like to attend 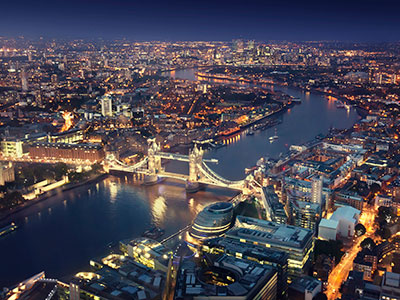 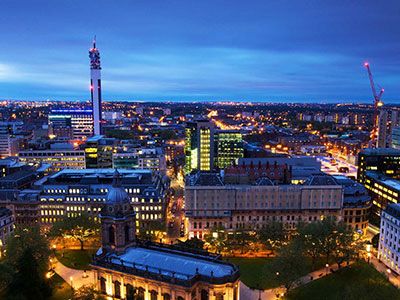 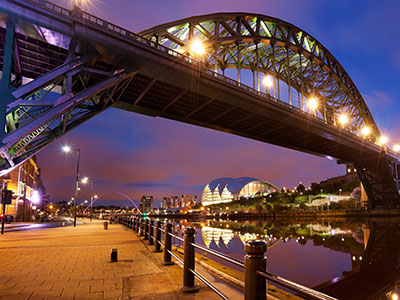